Melanoma Gala is a huge success and raises £20,000

The 2016 Melanoma Gala Dinner took place at the end of last month, on the 25th of June, and what a wonderful event it was! A great time was had by all and we were delighted to be sponsoring such an amazing event which raises monies to support patients and families affected by the deadly skin cancer, Melanoma.

The event took place at the Radisson-Blu Edwardian in Manchester and everyone enjoyed an evening full of top notch entertainment, so much so that after the final figures have been totted we are pleased to announce that a brilliant £20,000 was raised.

The Melanoma UK Charity began in 2007 when Jon Herron was diagnosed with advanced Melanoma. Since then the organisation has gone on to be the leading patient organisation in the UK for Melanoma.

Melanoma is the most dangerous of the skin cancers and can affect anyone. Often caused by being over exposed/burned as a child or adult, using sunbeds or working frequently outside. You are also more likely to be susceptible to skin cancer if you are fair skinned, red haired, light eyed, have freckles or more than 50 moles on your body.

We are honoured to help and support such a very worthy charity and to raise awareness of the damages that can be caused by not looking after your skin. 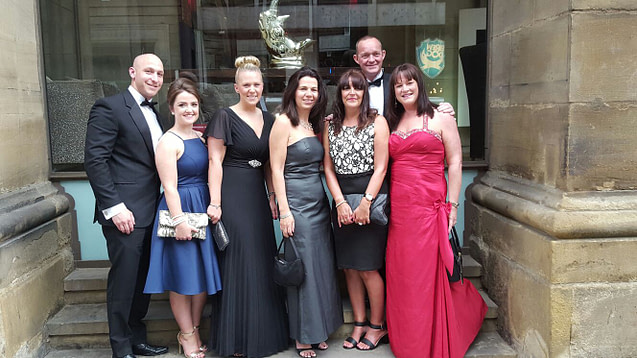