This article was published on August 11th, 2016

We were delighted to be accepted onto the BASIC (Brain and Spinal Injury Charity) Solicitors Panel back in January 2013 and are proud to still be with them to celebrate their 30th anniversary. The charity’s roots began back in 1986 when Bolton businessman Derek Gaskell registered a charity ‘Neurosurgical Research’ after a traumatic experience with his wife, Dorothy.

Dorothy survived life saving brain surgery but was unable to walk or talk and also suffered deep depression as a result of her brain injury. Although she made a good recovery, Mr Gaskell recognised that there was a lack of support out there for brain injury sufferers and set up the charity which then re-launched itself as BASIC (Brain And Spinal Injury Charity) in 1994.

Although still a small charity, BASIC supports patients on a local and national level and works closely with people who have suffered brain or spinal injuries to support them in their wider life once discharged from medical care. Much of the money raised at charity events and fundraisers has led the way in raising money for pioneering new technology and funding for research.

Please join us in celebrating this fine charity’s achievements over the last 30 years and wish them a successful 30 more! 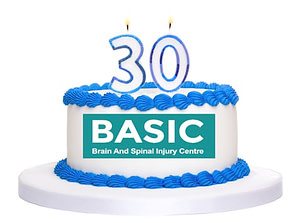 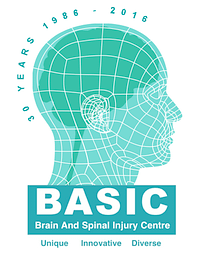