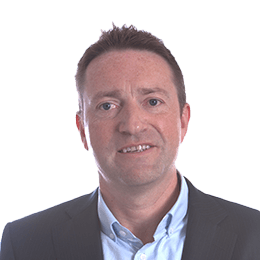 Mark joined Thorneycroft Solicitors in 1998 and became a Director in 2011. Mark heads up the Large Loss team, looking after serious and catastrophic injury claims, clinical negligence claims and dental negligence claims. Still a fee earner, he also inputs into more involved cases and advising on direction and policy resulting from legislative changes.

Outside of work Mark enjoys spending time with his wife Jane and their 2 children. A keen runner, Mark has also taken part in a number of 10k runs raising money for local charities. Any remaining spare time is spent following his local football team – Stockport County.

I would like to say that it has been so refreshing and positive to work with you and your team as a case manager. It’s evident that we all work together as a team, maintaining effective and efficient communication keeping the client always at the heart of all discussions, and always finding ways to progress the client and enable that individual to have a good quality of life. It’s a real pleasure to work with Thorneycroft solicitors.

Mark is a diligent and determined personal injury practitioner with an affable bedside manner than puts clients at ease, safe in the understanding that their case will be administered in an efficient way that maximises their damages. His significant practical experience of all types of personal injury cases also means he has the tactical acumen to conduct cases of significant complexity and value.

Mark Belfield is skilled, professional and tenacious. He has the expertise to deal with catastrophic brain injury and understands a client’s rehabilitation needs. He is a delight to work with.

Experienced, sensible, pragmatic and hard-working, Mark Belfield is plainly trusted by his clients. He has a wealth of knowledge in handling claims of weight and complexity and provides that priceless commodity to those he represents – time. Any claim handled by him is in safe hands.

Mark Belfield led my serious injury claim expertly, commissioning detailed reports and engaging the advice of Counsel at key points. This lead to an exceptionally good settlement. I was delighted with the outcome. Mark Belfield’s assistants were excellent in keeping me informed throughout the case.

AvB was a case involving a pedestrian that was knocked over whilst crossing a highway. As a consequence of the accident, ‘A’ suffered a severe brain injury.

CvD was a case involving a motorist who was hit by a third party motorist that turned across their path, causing a serious collision. As a result, ‘C’ suffered serious head and facial injuries as well as other multiple upper and lower limb injuries.

EvF was a case involving a motorcyclist that was involved in a motorcycle accident after a third party motorist turned across their path. ‘E’ suffered extensive injuries including a head injury and multiple fractures to their right thigh, left lower leg, left hand, cervical and thoracic spine.

GvH was a case involving a pedestrian who was injured whilst attempting to assist the driver of a vehicle who was involved in a separate road accident. ‘G’ was injured when a third party motorist failed to see ‘G’ and collided with them causing injuries resulting in a below the knee amputation and fractures to upper and lower limbs and facial fractures.