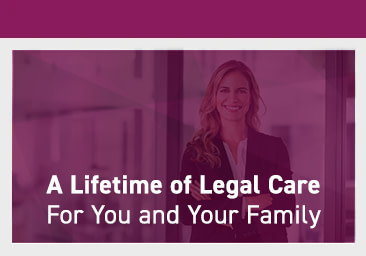 Many people I meet can’t believe the fact that I haven’t been riding motorcycles for very long at all!

In fact, a career in motorcycle racing career wasn’t even a consideration in my early years, and until I took my CBT course in February 2016 I had never even touched a motorbike, never mind ride one, but as soon as I started riding, I was hooked.

But how did my career start?

That story begins when my aunty met a South African Man called Hudson Kennaugh, who she later went on to marry.

Hudson was crowned the 2013 British Superstock 1000 Champion and he really provided my gateway into the world of motorcycle racing.

It wasn’t a glamorous start to my motorbike racing career, initially, I was made team brew maker for a few years before I managed to pluck up the courage to ask Hudson if he would let me have a go at racing… he gave me a try and the rest, as they say, is history.

What does the future hold?

This season I am stripping things back a bit and running my own team with some fantastic people around me!

I’ve been lucky enough that a very good friend of mine, Mervyn Richmond, (Butch to his friends) has decided to leave the team he has been with for years to help me co-own the team and help keep things running smoothly. We’ve been freinds for a long time and I really couldn’t race without him and I couldn’t imagine anyone else on the spanners! I’ve also teamed up with my mentor/manager Richard Mortimer again this season.

When it comes to my ambitions, I always set myself realistic targets. As much as I’d like to say I want to go out and win the Championship, while nothing is impossible, it’s going to be a massive ask!

I’ve got a new bike this season, which is a style of bike I’ve never ridden before, so the transition is going to take some time. My main target this season is to finish in the middle of the pack at BSB, hopefully I’ll have some good battles which will help me learn and adapt as much as I possibly can.

I’m also going to be competing in road racing this year. I competed in my first road race in the Isle of Man in 2019 and I want to carry that on with some more experience on the roads.

In the long-term I just want to make sure that I enjoy every single minute of competing in the sport I love. At the end of the day the reason we do what we do as motorcycle racers is because we love it! My ultimate goal would be to become a road race familiar face, one of the faces most people know because of good results on the roads.

BSB is a big thing for me too, I realise I may not be the most naturally gifted guy on the grid, but I can guarantee I’m one of the most hard working.

If I can establish myself as a good rider in the paddock I’ll be happy! I also have a small personal target but that’s more just to wind Richard up! I would love to have a quicker time round the TT course than him!

It means everything! The only reason I can race this season is because of the fantastic support given to me by Thorneycroft Solicitors. I met their team at Oulton Park last season and from that moment they have been fantastic.

It’s an honour and a pleasure to work alongside such a fantastic company like Thorneycroft. It’s not just the financial side that they are supporting me with either, it’s the caring and supportive approach they take in everything they do for me, the wider team and the motorcycle community in general.

This season my team is called Thorneycroft56 racing and I hope together we can promote both my skills as a rider and the good work that the company does for so many people. I can’t wait to see what we can achieve together. It’s going to be an exciting season.

Bradley Wilson is sponsored by: