Do rising Insurance premiums have anything to do with Whiplash claims?

This article was published on August 19th, 2016

In recent times, the insurance industry has continuously blamed the rising costs of motor insurance on the increased number of whiplash cases. An extract from this week’s APIL news claims to the contrary –
Insurers are saving hundreds of millions of pounds a year as both the level and cost of whiplash claims decline, APIL said as it refuted a report in The Times.
“How long must insurers be allowed to make spurious claims about the cost of motor premiums without being challenged?” asked APIL president Neil Sugarman.
The Times’ story reports on a study by MoneySuperMarket, the price comparison website, which says the cost of car insurance premiums is on the rise because of a ‘continuing high level of whiplash claims’.
“The reality could not be more clear. The insurance industry’s own data shows that the average cost of a personal injury motor claim has fallen by more than six per cent during the last three years. Car insurers are making annual savings of approximately £518 million on personal injury claims but it could be even more,” Neil said.
“The increase in insurance premiums cannot logically have anything to do with whiplash claims”.

In an article last year in The Solicitor’s Journal, the president of the Association of Personal Injury Lawyers (APIL), Jonathan Wheeler, said that the insurance industry had failed to live up to its previous promises to pass savings on to motorists.
‘Since 2012 the portal has been extended, medical reporting for whiplash claims has been completely overhauled, sharing of fraud data has been introduced, and solicitors’ fees have been slashed.
‘Government figures show whiplash claims have fallen by more than a third in the past four years. Yet still insurance premiums have increased,’ said Wheeler.
‘Only two years ago the government ruled out increasing the small claims court limit because there were no adequate safeguards to protect genuine claimants. There are still no adequate safeguards.’
‘We need to remember that these are people who have been needlessly injured by the negligence of others,’ he added. ‘Removing the right to damages for pain and suffering would show a callous indifference to the suffering of people who were needlessly injured by the negligence of others.’

All of this begs the question are the plans to raise the small claims limit for personal injury claims and scrap general damages for ‘minor’ whiplash injuries warranted? 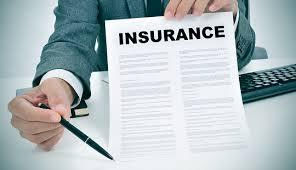