Does where you live affect your compensation?

This article was published on January 29th, 2018 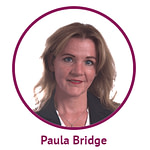 I was at a very interesting clinical negligence “master class” recently with Mr Nigel Poole QC and he mentioned, amongst other interesting points, a settlement meeting in which he had been involved recently where one of the arguments raised by the defendant NHS Trust was that his clients compensation should be reduced because he lived in a deprived area.

The parties did not agree on the claimant’s life expectancy. There were minor disputes about the effect of his smoking and obesity but the defendant also argued that the place where the claimant lived reduced his life expectancy by several years below the “average” shown for a man of his age in the National Life Tables.

Whilst I accept there are national guidelines with regards to life expectancy by region but is this going a little far? Is it fair for a Trust to pay less compensation for its mistakes to a person because of his postcode? What if they intend to move?

There is a lot of talk in the press with regards to the costs of claims against the NHS and the lawyers are always on the receiving end of the harshest criticism , whilst in theory it may be possible for a person to deal with his own claim directly with the NHS but can you imagine after a long and weary battle then being met with this argument at the final hurdle ?

This is yet another reason to make sure you instruct specialists in the appropriate area of law. With clinical negligence cases you are often up against the might of the NHS and it is important that you are protected against such attempts to reduce the final awards.

If you would like to speak to a member of our clinical negligence team, call us today on 0800 1979 345 and we will do our best to secure the maximum amount of compensation for your claim.