This article was published on July 8th, 2019 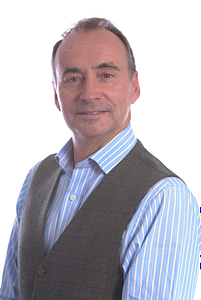 Nearly three decades after opening his first office in Holmes Chapel in 1990, Rob Thorneycroft has decided to retire from Thorneycroft Solicitors.

Since those early days, Thorneycroft’s have grown into one of the largest law firms in the North West of England, employing over 150 staff and now operating with offices in Macclesfield, Buxton and Whaley Bridge as well as still having the original office in Holmes Chapel.

Over the past two decades, Rob has been joined on the board of Thorneycroft’s by Managing Director Rachel Stow, Financial Director Sue Carnwell and Director Mark Belfield. The firm also has an exceptionally strong group of Associate Directors and management team.

For Rob, this is obviously a time to look back with a great deal of pride at how the business has grown over the years, establishing itself as not only one of the most respected law firms in the region but also one of the country’s leading specialist personal injury practices, with expertise in specialist areas including brain and spinal injury cases.

Rob commented “I have decided that the time has now come to retire. Never one to knowingly overstay my welcome it is none the less with a heavy heart that I say farewell to my colleagues old and new. I believe the firm is in safe hands and well equipped for the future.”

Rob is well known throughout the East Cheshire area and is still an active sportsman, playing squash for Prestbury, currently President of Prestbury Cricket Club and is also a member of Prestbury Golf Club, so does he intend to fine-tune his skills a little more?

“I’m not sure about that” commented Rob “My family may well have ideas about me helping them a little more in their ventures!”